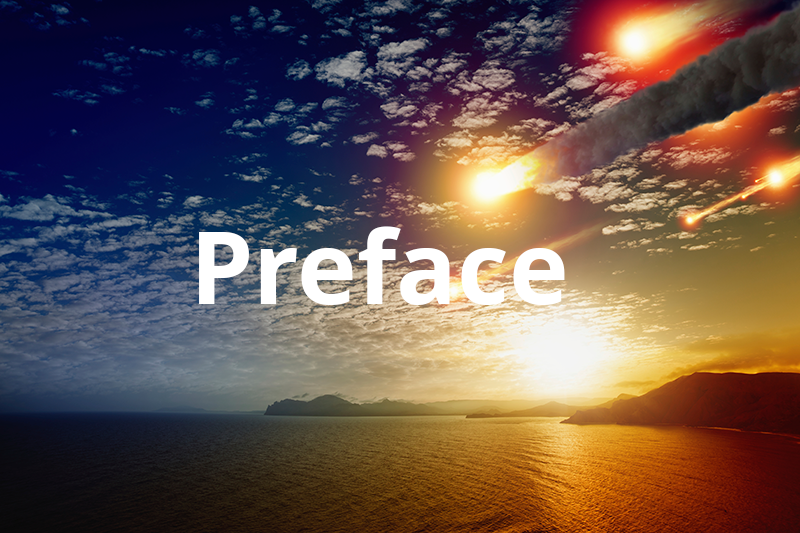 We are living in a time when the number of views on eschatology are almost as numerous as there are church denominations (slight exaggeration). What is eschatology? Webster’s dictionary defines it as, “A branch of theology concerned with the final events in the history of the world. It would include various Christian doctrines such as the second coming, the resurrection of the dead, or the last judgment.” Simply stated, it is the study of end time events. Of those who share their views on such, most cite the Bible as their source and proof of the very doctrine they espouse.

Why are there so many views if these views are based on the same book? Often, the reason for this is because the biblical view being espoused is not that of the one speaking, but rather the view of what he has heard another articulate. Many Christians simply parrot what they have been taught, assuming it was biblically based, especially if the teacher is well known. Attaching a Scripture to an opinion or view does not necessarily make it a biblical view. Most Christians, even many pastors, are not well-versed and studied on end time events.

Why is it that so few have studied the Scriptures to ascertain what the Bible says about eschatology Is it because they have been led to believe that eschatology is too deep to understand? Or, is it because they have been taught that it is not really that important in our Christian walk? Whatever the reason might be, the subject of eschatology is avoided by the majority of Christians, even by most pastors. Rarely is the book of Revelation used extensively as a part of the many sermons preached weekly from pulpits. It seems that this last book of the Bible is avoided like the plague. This most likely is the result of pastors not being confident or not feeling comfortable having to deal with the stir and the questions such teachings might generate.

And yet a number of others seem to embrace what is commonly referred to as, “The Pan Theory.” These say that if you simply walk daily with Jesus, your eschatology does not matter; it will all “pan” out in the end. To this I would say that eschatology forms two of the six foundational teachings of the doctrine of Christ found in Hebrews 6:1-2. I remind you that Jesus chided the Pharisees and the Sadducees because they did greatly err concerning the doctrine of the resurrection of the dead (see Matthew 22:23-33 and Mark 12:24-27). This doctrine definitely has something to do with eschatology, and we need to be careful lest we, too, greatly err. From this we can conclude that Jesus considered eschatology to be very important to the life and walk of His people. He even taught on it. His teaching on eschatology is recorded in three of the four Gospels. He shared His view with His disciples on the Mount of Olives, and this teaching is commonly referred to as the Olivet Discourse.

Yet another proof of its importance can be seen in 2 Thessalonians 2, written by Paul to the Thessalonians. From this epistle, we can see that Paul charged the Thessalonians to be prepared for the coming of the day of the Lord. Did not the Holy Spirit know that this was unnecessary because the day of the Lord would not happen in their lifetime? I don’t think so. Why would Paul teach on it if it were not relevant? I believe Paul knew the importance of having an expectancy of the coming of the Lord to motivate God’s people to stay on task. Is it any less important for the church of today to be expectant and vigilant as we continually move closer and closer to the end of this age?

I trust that this book will serve to motivate you to be diligent in searching the Scriptures and inquiring inside the temple for the revelation of God concerning His view on eschatology. God does have a view. He has declared it in the Bible, which must mean that it is important. We certainly would not want to suggest that God would include in the Holy Scriptures things that were not important to His people but rather were simply added as filler material between the pieces of important information. Therefore, it truly is important for all! Remember, all Scripture is profitable for all God’s people. Yes, even eschatology is. We have no basis to conclude that the scriptural view of eschatology is only important to a handful of Christians who would be born at the end of this age. Remember, Jesus sharply rebuked the religious people who were not a part of the last days generation for their lack of skill in interpreting the Scriptures concerning this matter. Therefore, may we all be encouraged to study to show ourselves approved unto God, as workmen who do not need to be ashamed. Being ashamed of what? That is, being ashamed of not knowing what was important enough to God to include in our Bibles that we so dearly love and respect. 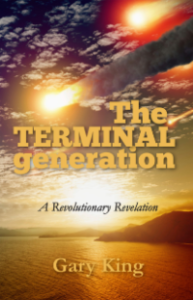 Free Shipping on 3 or More Books!

Gary King is an Author, Pastor, and serves as an Elder amongst a team of elders at the church he founded in 1972, New Life Christian Center in Celina, Ohio. His published books include The Terminal Generation and The Transitional Generation. Gary was married to his beloved Paulette for 48 years before she went home to be with the Lord in 2013. Gary is a spiritual father of many, father of six, grandfather to fourteen grandchildren, and great grandfather of two.